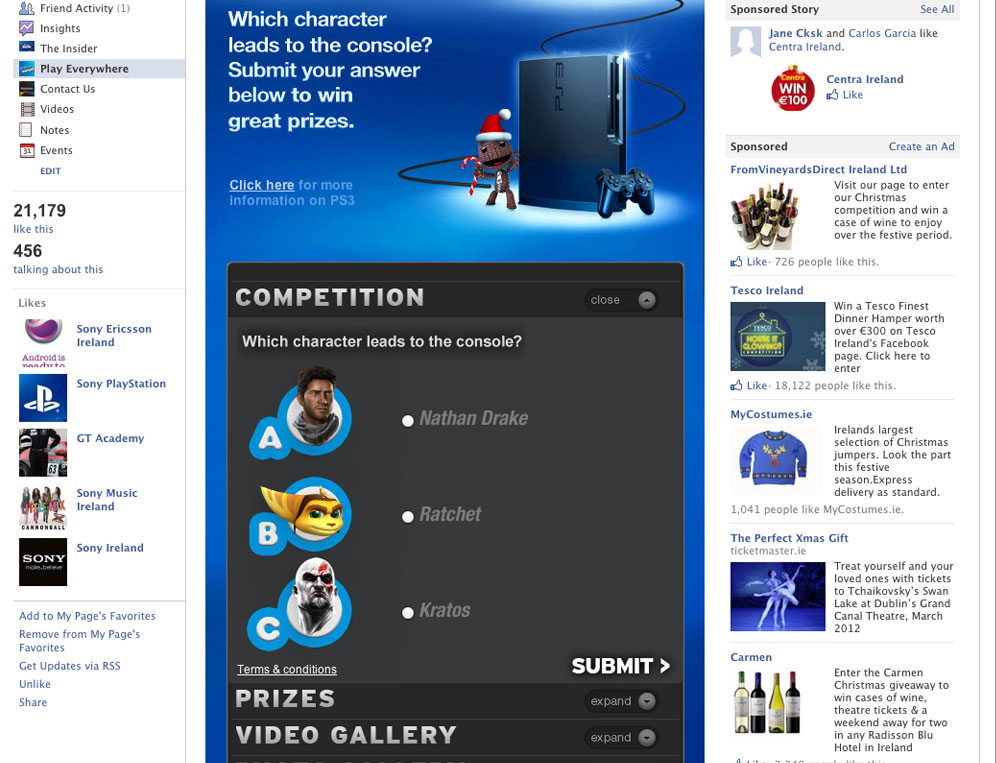 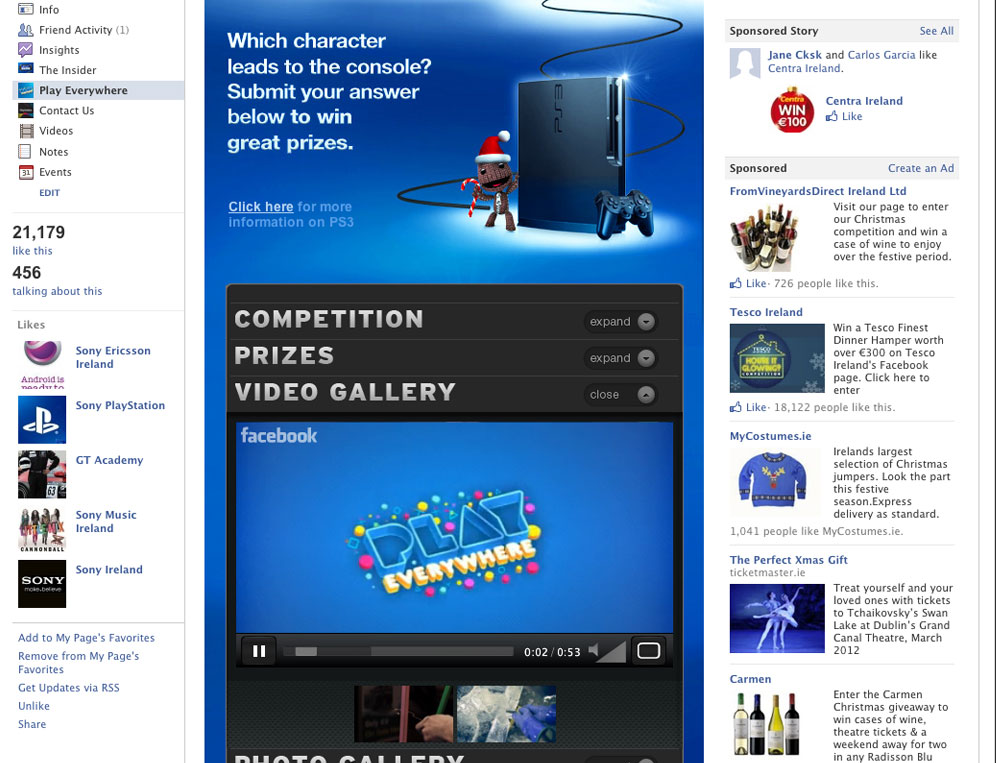 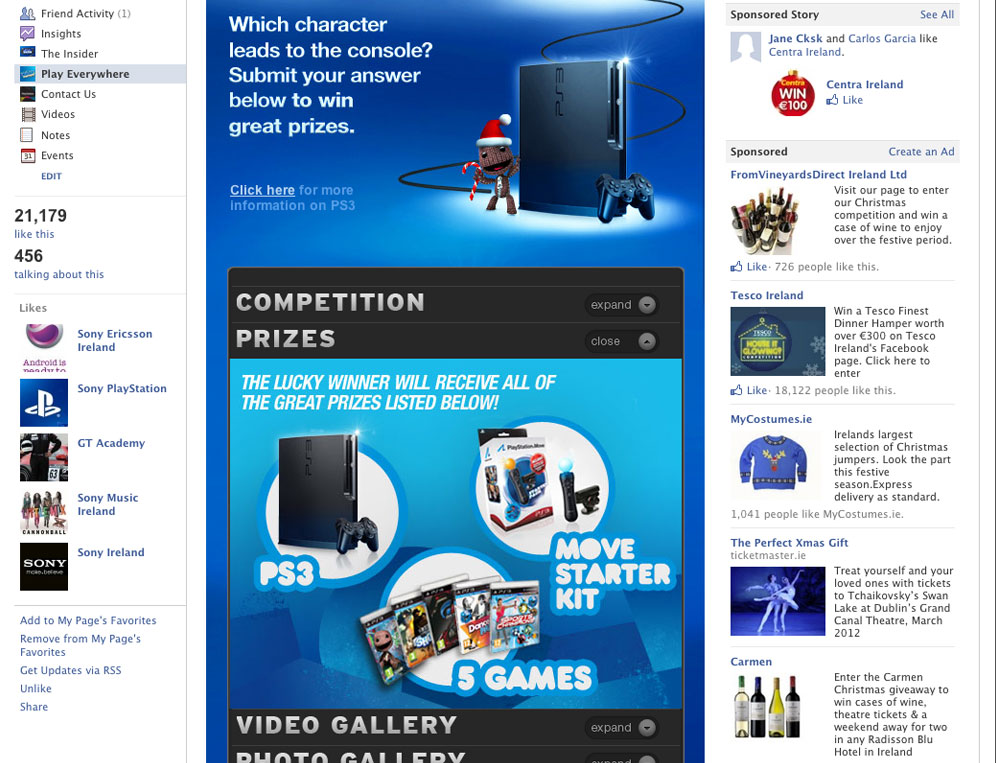 The PlayStation Xmas 2011 campaign was primarily an outdoor campaign. The price of a PS3 was dropped to 249.99 euro and this was advertised in all the outdoor advertising. As part of this the posters directed users to the Sony PlayStation Ireland Facebook page where they had the chance to win a PS3 and other prizes by answering a simple question.
The Facebook app contained 4 different sections following the accordion style app used in a number of other previous Sony campaigns and also contained the Facebook comment plugin. The primary feature was the competition form that captured the users details. The rest of the app showed the prizes to be won as well as photos and videos of the Play Everywhere outdoor activations.