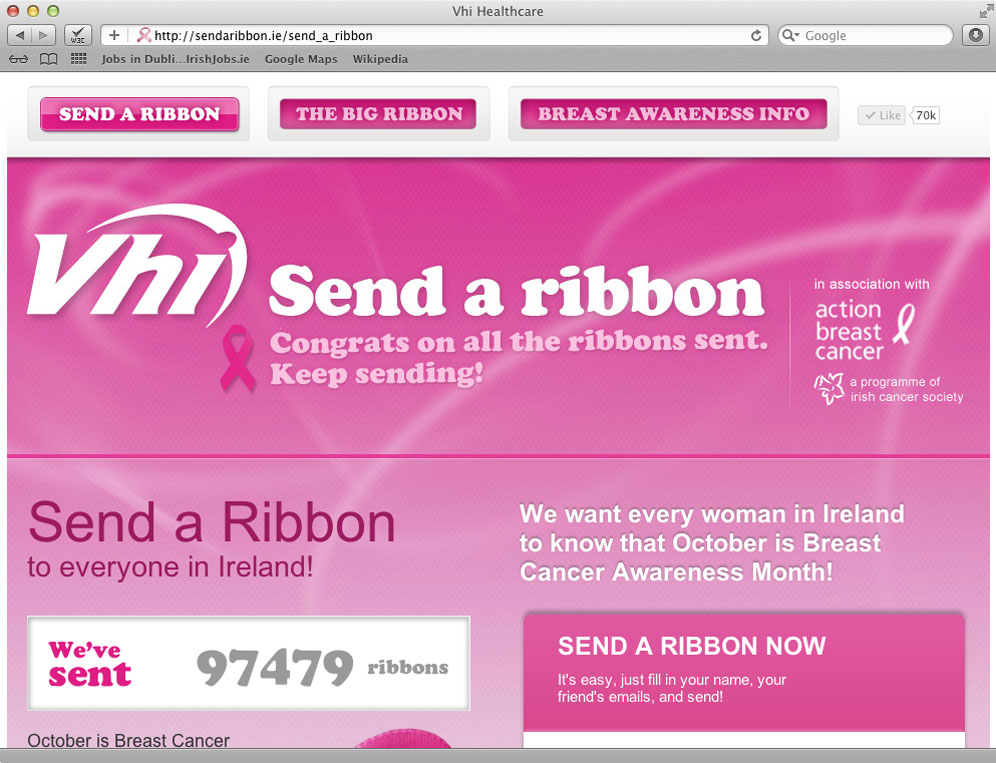 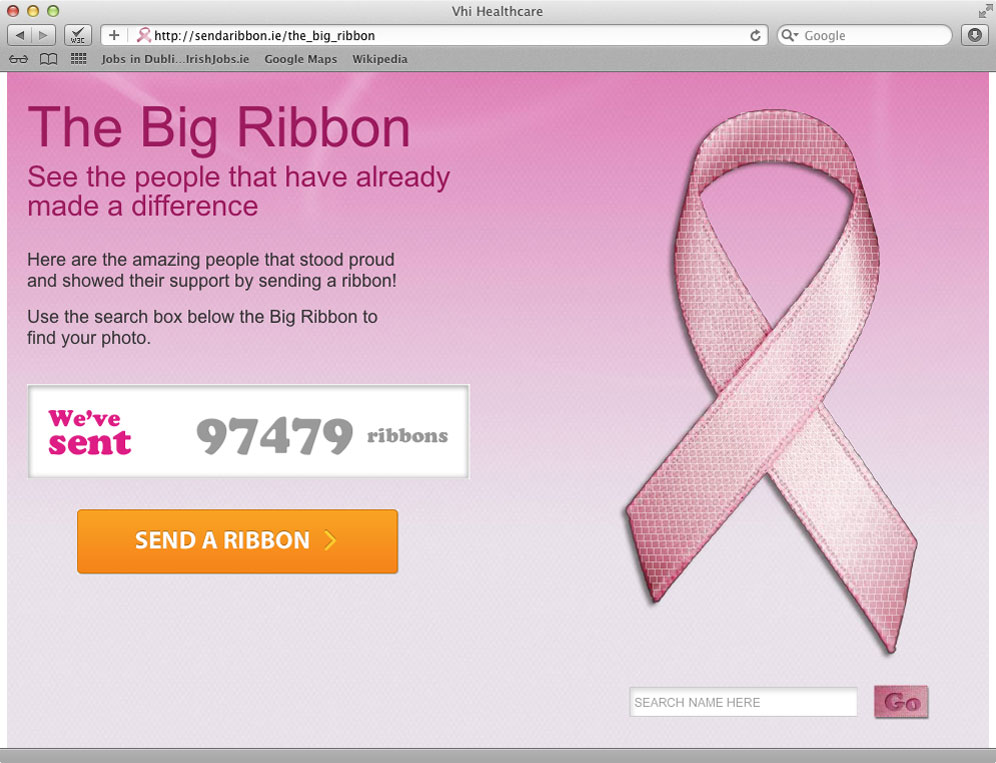 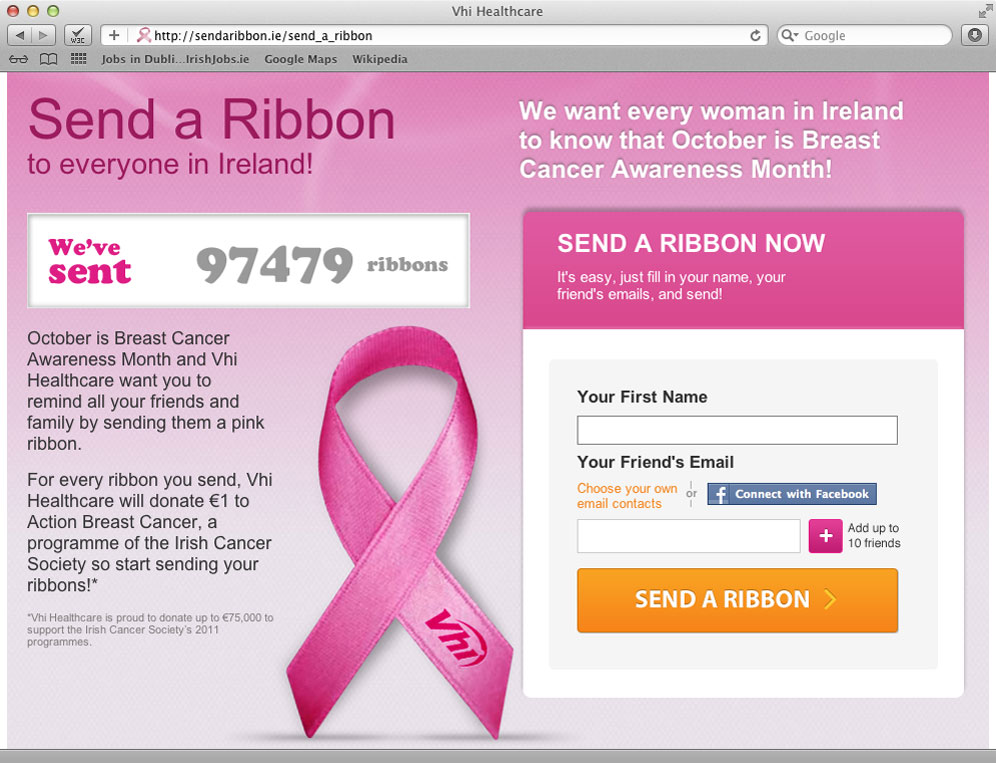 The award winning Vhi Send a Ribbon campaign involved Vhi and Action Breast Cancer teaming up to promote Breast Cancer Awareness month in October. To this the campaign involved people sending virtual ribbons via email and Facebook to their friends and family. Vhi committed to giving €1 for every ribbon sent with an aim of 100,000 ribbons. In the first 4 days of October this target was reached and by the end of the month over 370,000 ribbons had been sent all over the world.